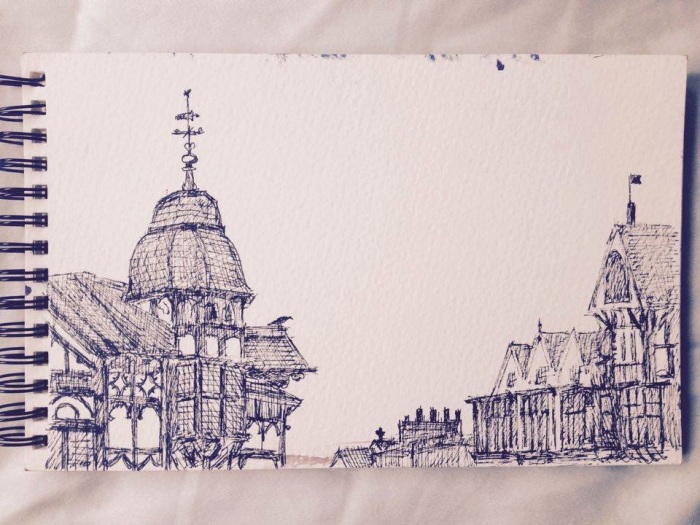 Chester is a walled city located in Cheshire England, very close to Wales. It was founded in 79 AD by the Romans and was originally built as a fort. Chester is one of the best preserved walled cities in Britain. It also has a beautiful Cathedral that I remember visiting with my parents decades ago. A few days ago I was there with my cousin Joanne. I had a little over an hour to kill and after walking around a bit I decided to wait to see the cathedral another day and chose to just sit on a bench and do a sketch. There was so much to see…so many details it was hard to choose a simple subject. Without much thought I just looked up across the street and started drawing the top of building on the corner and did this little sketch while a young man played the violin next to me…To Dream the Impossible the Dream played while I sketched. 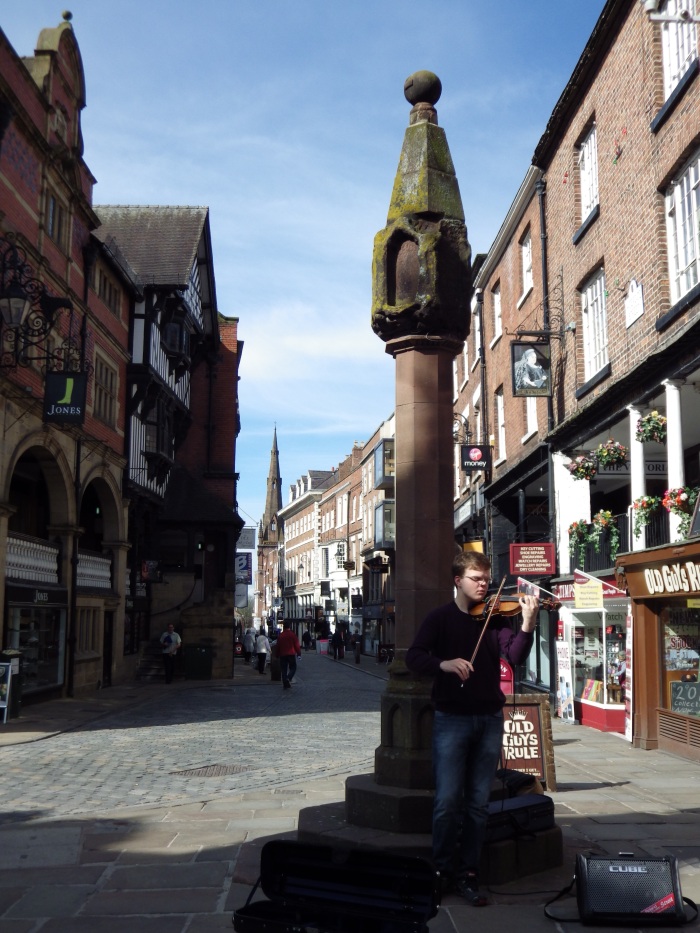 I did attempt to draw the elusive All Saints Church in Gresford again this morning. I finally found a spot to sit with a suitable composition in front of me. I sat on the ground nestled in the corner of the stone foundation of the iron fence that surrounds the church. After getting a good start it began to sprinkle. The rain drops mixed with the fresh ink making it blurry. I kept drawing till the water made the pen ineffective and the rain came down harder. I gave up and visited the pub instead where I used my fading pen to do a quick sketch of men at the bar. Not a bad defeat. I’m tough. I can take it. I will try again.