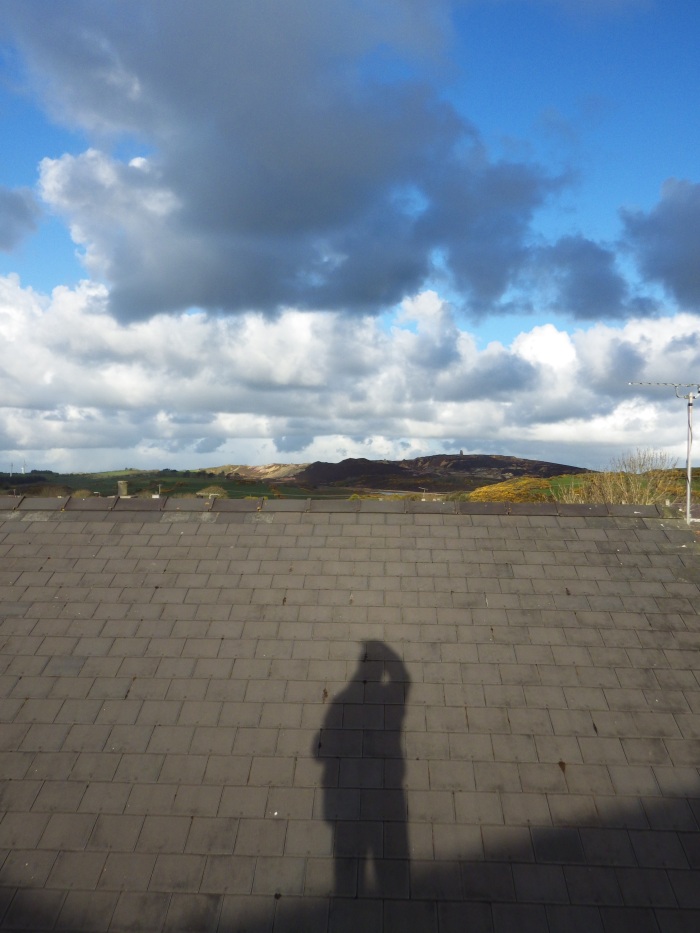 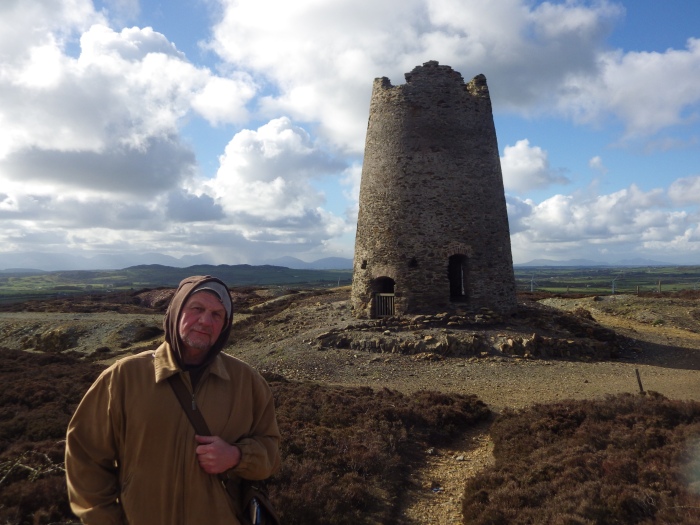 I woke up at dawn this morning in my nephew Mike’s bed on the Island of Anglesey in North Wales. Mike, ironically was sleeping back in my home town in NY. From the kitchen window I could see the ruins of an old windmill on top of the Parys mountain. My goal this morning was to climb up there and check things out. Mike’s mum drew me a map on how to get to the path that would lead me up there. I bundled up as much as I could and threw my art bag over my shoulder.  I knew that the chilly wind that was blowing across the island would hinder me from doing any art, but its good to be prepared. I considered this more of a scouting mission anyways. I followed the map successfully and found the start of the trail…a trail that soon diverged in several directions I just kept guessing at it until I found myself near the top of the mountain that has long been an abandoned copper mine. The harsh terrain kept me going, wondering what was around the next corner. It was like I was on another planet. A strange and odd beauty with rocks of all colors inter mixed with wild yellow bushes that grew like hardy weeds. I finally made it to the top where I met up with an elderly gent named Barry who was walking his friendly dog who gave me some sorely needed doggie lovin. Barry told me some history of this old mine going back as far as Roman times. He said the windmill had a rare 5 sails and was used to drain the copper mines that constantly filled with water. The copper from the mine was used for the hulls of Admiral Nelson’s ships making them glide faster. He spoke of many tunnels hidden beneath the harsh land that was mined by two competing companies, The Parys Company and the Mona. Mining there had been going on there since the Bronze Age.

“I have climbed so many mountains just to reach the other side. And I near drowned myself in freedom just to feed my foolish pride. On my journey through the darkness I have finally seen the light…” Billie Joe Shaver 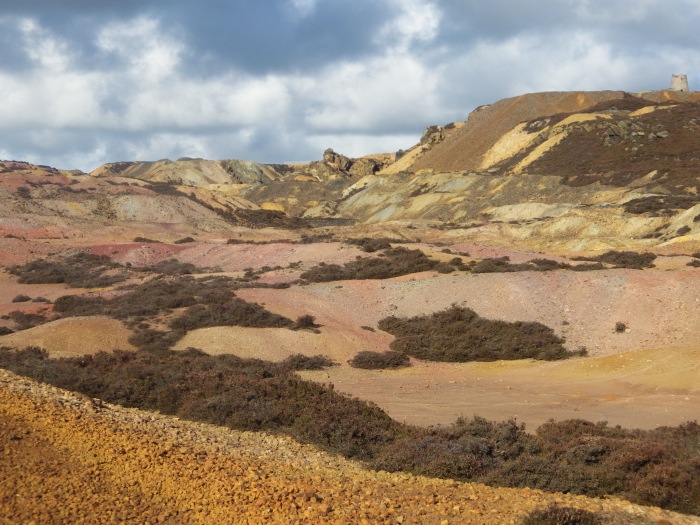